Rice noodles and rice balls are the famous, traditional foods in Hsinchu, Taiwan. To promote these traditional foods, the Hsinchu City government and non-governmental organizations hold a "Rice Noodle Rice Ball Festival" every September. Many groups participate. Falun Gong practitioners performed at the last festival and were very much appreciated by the audience, so the organizers invited them to perform their waist drums again this year. 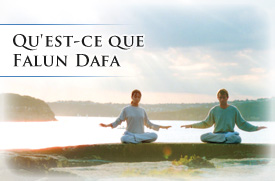